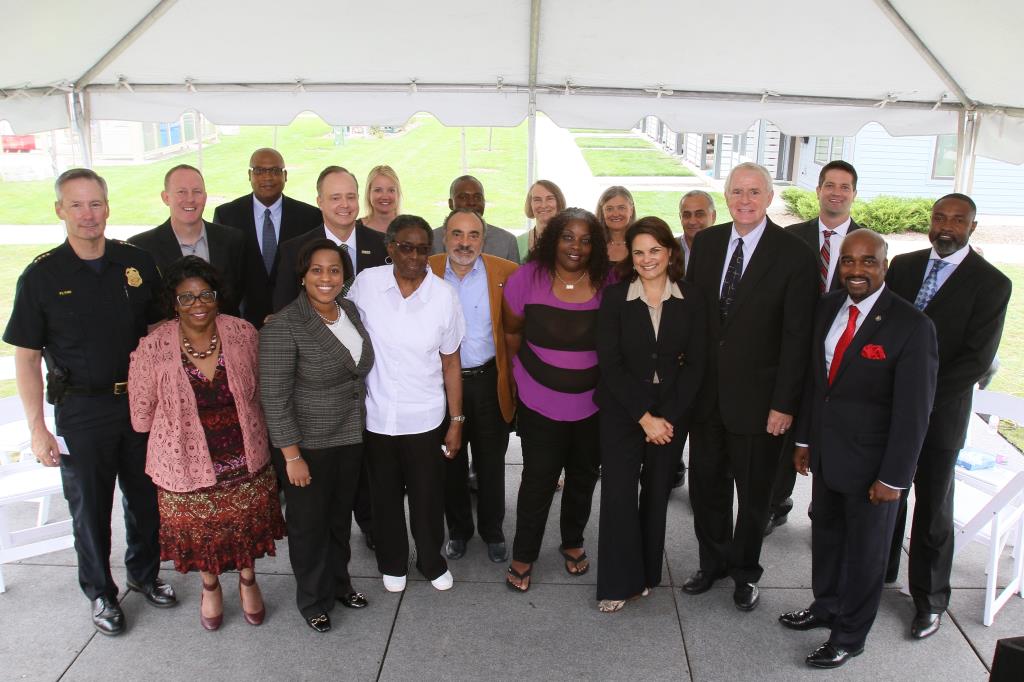 "This award is going to invest in Westlawn, it's going to revitalize the surrounding neighborhood, it's going to help bring your plans for progress to life," said Coloretti to the many public and private community partners who had gathered for the announcement. "You deserve this award. You competed with 33 communities and only five cities are being awarded and you are one of them." Atlanta, Kansas City, Memphis and Sacramento also received grants.

"We are thankful to HUD and the Obama Administration for this very significant investment in our locally-driven, comprehensive strategy to transform the northwest side of Milwaukee into an inclusive community of opportunity with all of the amenities that attract homeowners, businesses and investment," said Mayor Barrett. "There are many very positive things already happening in the area, but HUD's support brings them together into one targeted plan with an emphasis on much-needed housing revitalization."

The Milwaukee Choice Neighborhoods Transformation Plan focuses on the housing, people and neighborhood amenities within a 2.85 square mile area bordered by Sherman Boulevard to the east, 76th Street to the west, Mill Road to the north and Villard Avenue to the south.

The foundation of the plan is replacement of 394 units of distressed public housing at Westlawn with new affordable housing and the addition of 314 mixed-income rental and homeownership units. The redevelopment will complement another portion of Westlawn that was redeveloped in 2012 into modern, mixed-income and eco-friendly housing. Now called Westlawn Gardens, the area was certified by the U.S. Green Building Council in 2013 as one of the most sustainable neighborhoods in the world.

"HUD's Choice Neighborhoods Initiative moves our efforts to revitalize Westlawn one very big step forward, and it also invests in a broad collective of public and private partners who are committed to transforming Milwaukee's northwest side into a diverse, vibrant and healthy community," said HACM's Perez.

In addition to housing, the plan focuses resources on two other areas:

In a statement, HUD Secretary Julian Castro said, "The Choice Neighborhoods Initiative is responsible for transforming what were once vacant lots, crumbling parks and storefronts and distressed housing into vibrant communities. It has become one of our nation's most important tools in the fight to ensure that every family - no matter where they live - has the resources and strong foundation to succeed."